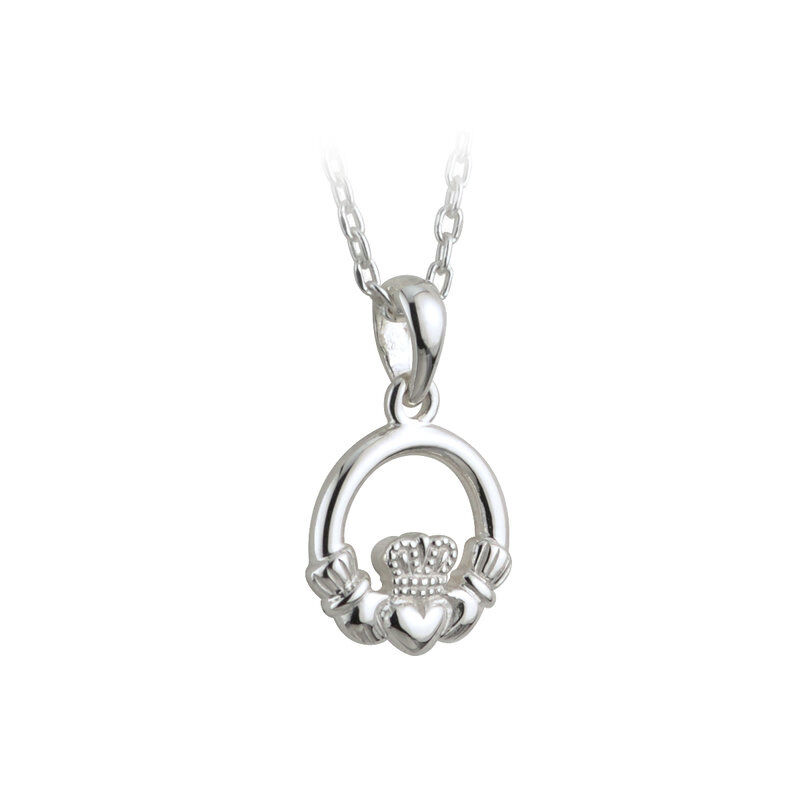 There is perhaps no greater symbol of Romantic Ireland and enduring love than a Claddagh Ring. Crafted in Ireland, it echoes a tale of devotion retold over the centuries. Legend has it that an Irish young man, Richard Joyce, bound for the West Indian slave plantations – no doubt the Irish Carribean island of Montserrat – was kidnapped himself in rough seas by a band of Mediterranean pirates and sold to a Moorish goldsmith who over the many long years of his exile helped him perfect the skills of a master craftsman. When in 1689 King William III negotiated the return of the slaves, Joyce returned to Galway – despite, it said, the Moor’s offer of the daughter’s hand in marriage and a princely dowry of half of all his wealth. Back in Ireland a young women had never stopped faithful waiting for her true love to return. Upon which time when he presented her with the now famous Royal Claddagh gold ring – a symbol of their enduring love. The crown represents loyalty, the heart represents love, and the hands represent friendship