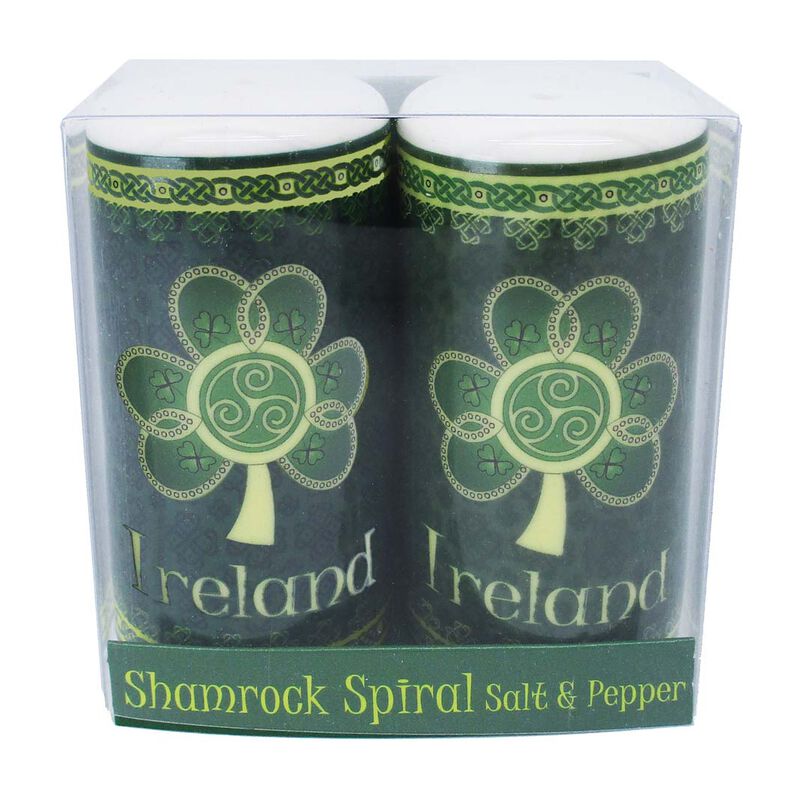 This is an Irish Celtic designed salt & pepper shaker with a shamrock spiral design. The Shamrock is Ireland's unofficial emblem. In ancient times the druids believed the Shamrock had mystical powers. To them its three leaves were a natural sign of a sacred number. This little plant was even said to warn of an approaching storm by turning up its leaves. According to legend St. Patrick himself plucked a Shamrock from the ground to explain his belief in the Holy Trinity. They say this helped convert the Irish people to Christianity. Many believed that wearing this little sprig of green would keep them from harm. The print is written in Irish script style similar to that in the famous Book of Kells. Further similarities to this are the colours of the border and the Celtic Knotwork patterns.