FREE STANDARD SHIPPING FOR ORDERS OVER $65 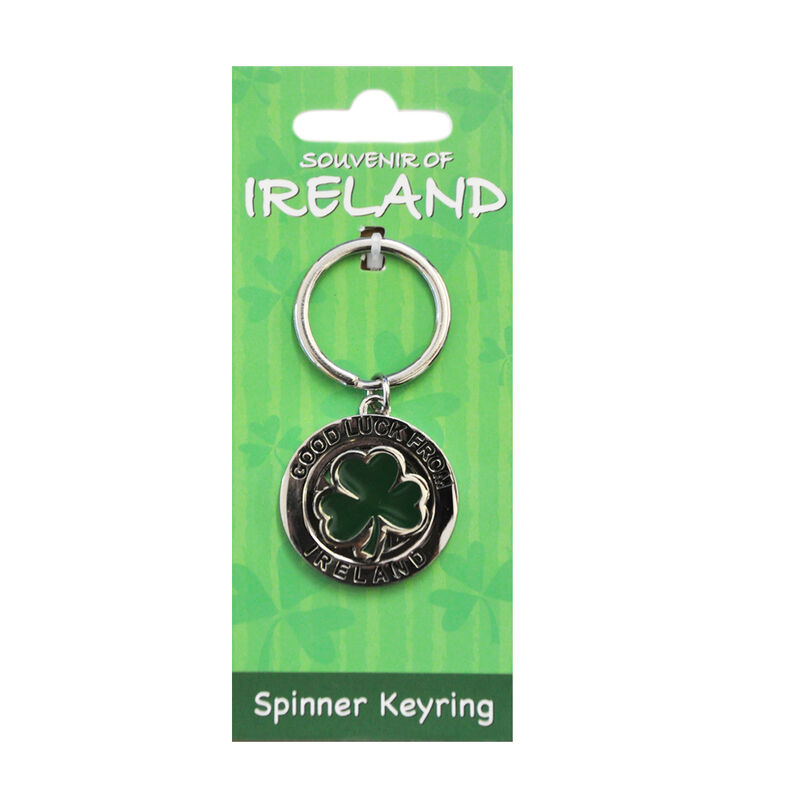 This unique spinner keyring has a green shamrock in the middle; Ireland's unofficial national emblem and undeniably the most iconic symbol of Ireland. Present in Irish art jewellery culture and history it is associated with our patron saint St. Patrick as he used the three-leaved clover to demonstrate the Holy Trinity. The Father the Son and Holy Spirit are all parts of the same God just as the three leaves are the sum of a single shamrock. In ancient times the druids believed the Shamrock had mystical powers. To them its three leaves were a natural sign of a sacred number. This little plant was even said to warn of an approaching storm by turning up its leaves. People still believe that wearing this little sprig of green keeps you safe from harm.