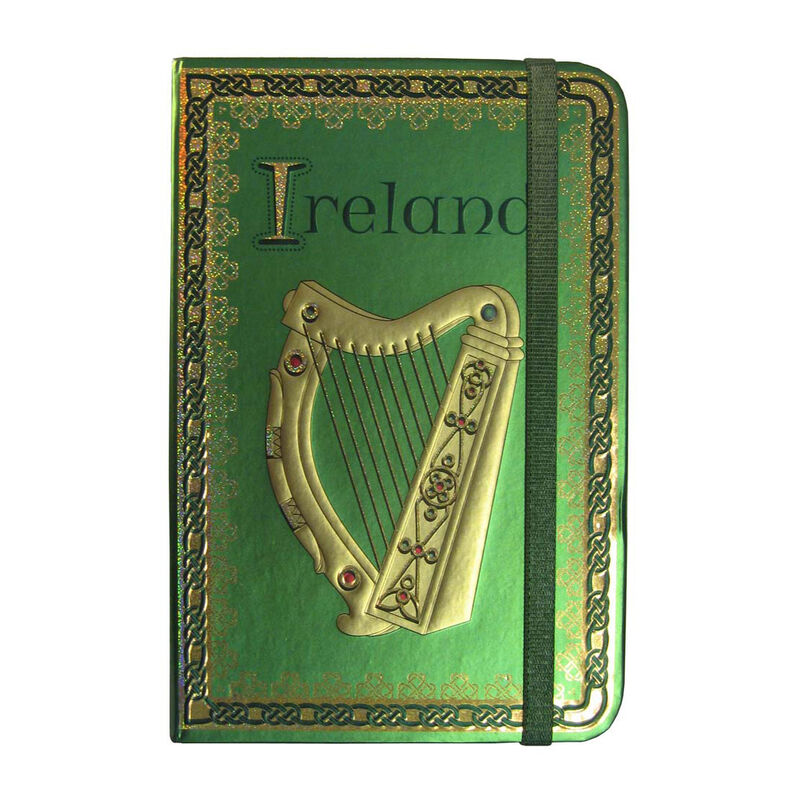 This is an Irish designed notebook. It is designed with an Irish Harp design. The harp has been a political emblem in Ireland for generations. The origins of its usage has unfortunately been lost but through oral and written traditions but we know of its presence from at least the sixth century AD. Even Brian Boru (941-1014AD) High King of Ireland played this exquisite instrument just as all the gentry did during the Gaelic Lordship of Ireland which ended in 1607. The harp is the emblem currently used on such things as our coins the flag on the Leinster flag and is the emblem of Guinness Black Stout. Therefore there is no denying the omnipresence of this elegant icon throughout Irish politics and history. The print is written in Irish script style similar to that in the famous Book of Kells. Further similarities to this are the colours of the border and the Celtic Knotwork patterns.