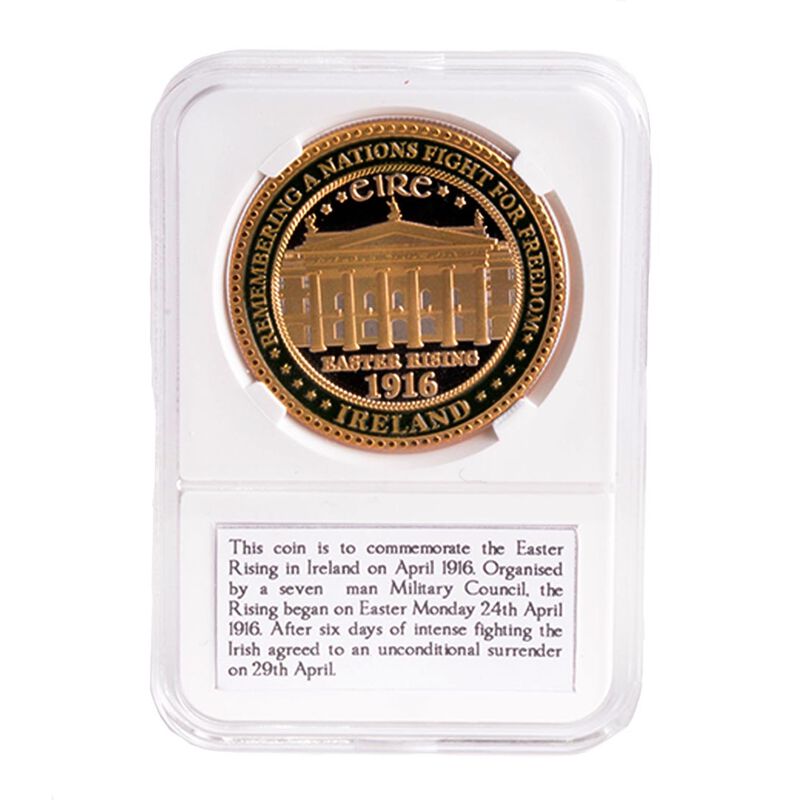 This token is the perfect addition to your coin collection or the perfect way to start it! It comes in it's own plastic case to keep the token in mint condition! This particular token was specially made for the 1916 celebration! It is design with the faces of each of the signatories of the Irish Proclamation as well as the famous GPO the most historical building in Dublin that was at the pinnacle of the Rising in Ireland. The text below the token reads ' This coin is to commemorate the Easter Rising in Ireland on April 1916. Organised by seven man Military Council the Rising began on Easter Monday 24th April 1916. After six days of intense fighting the Irish agreed to an unconditional surrender on the 29th April.